What recent evidence is there that encouraging adults to participate in resistance training can add to a healthy and long life?

‘Resistance training (RT) was originated in the 1945 publication of Captain Thomas DE Lorme but was first recognised in the American College of Sports Medicine in 1990.  It promotes anabolism and thus promotes muscle growth through the synthesis of new muscle proteins and also preserves existing proteins.’ Human Kenetics, Physical Activity and Health 2nd Edition, William L.Haskell 2012. 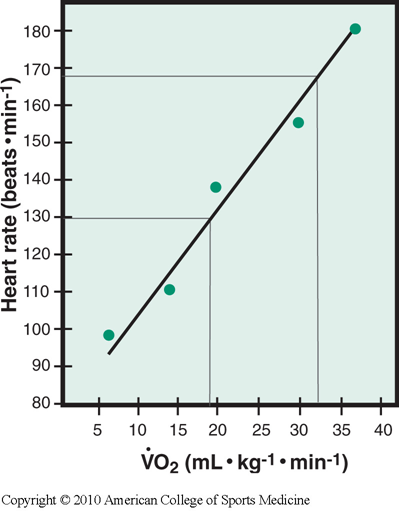 The 2018 recommended guidelines for physical activity have been ‘150-300 minutes per week of moderate intensity activity and 75-100 minutes of vigorous activity’. (ACSM’s Health & Fitness Journal:January/February 2019 www.acsm.org)

To discover the measurement of exercise intensity ‘Metabolic Equivalent of Task’ (MET) can be used, one MET equals the volume of oxygen consumed whilst at rest. ‘The average individual will consume approximately 3.5ml of oxygen per kilogram of their body mass.  This is the equivalent to 1.0 MET thus the energy expenditure is 1.0 MET.  (Willmore and Costil, 2004).  An increase in activity will lead to elevated oxygen levels and consumption and as a result the oxygen level will increase.

In early stages the majority of performance improves are likely to be the result of changes in the way the nervous system controls and co-ordinates movement (Earle & Baechle, 2004) When we perform an activity our senses provide constant feedback from limb position, force generation and performance outcome (a successful movement)  regular practice causes adaptation in the central nervous system results in greater control of movement, becoming smoother and more accurate.

The current American College of Sports Medicine (guidelines for resistant training are shown in the table below:

*Rate per exercise scale is a scale used to discover the level of intensity 1 being easy 10 being hard.

I have designed a programme using these guidelines for a client I trained as a personal trainer over 6 months.  I have included exercises to train all muscle groups, she is in between a beginners – intermediate level of training ability. Her profile is:

Although it still remains unclear for trained individuals. ‘A study of programme design for hypertrophy and muscle insurance performed over eight weeks by 34 men, experienced in RTshowed that a total duration of a 39 minute duration spread over a week period was just as effective as training five times as long.

Three groups divided into one, three or five sets who performed seven exercises covering all large muscle groups  (to muscle failure) , all for 8-12 reps and where for three times a week on non-consecutive days.

Results of one repetition maximum strength testing showed that all groups significantly increased strength from baseline in the bench press (6.1% to 9.7%) and back squat (11.9% to 18.3%) exercises, with no significant differences found between the groups.

One of the most noticeable changes is age related decrease in muscle-mass, sarcopenia, this is due to a gradual loss of androgenic hormones (testosterone), together with decreased neuromotor stimulation and protein metabolism. These hormones peak in young adult men and then lower at a rate of 1% per year from the age of 30.

As we age we loose brain cells including motor-neurons that signal our muscles to contract.  The decrease in neuromotor stimulation tends to affect fast-twitch muscles the most, these are used in RT.  Muscle mass is a good predictor of mortality and so RT is a key factor in fighting the age-process.

The heart can develop problems when we age as muscles can become weaker if exercise levels are reduced as a result valves can become less efficient and the electric conduction system can cause arrhythmias, the heart tissue can become scarred with ischemia and infarctions and the colanary arteries supplying blood and oxygen to the heart can become hardened and narrowed with arteriosclerosis.

These can all limit participation in exercise, but RT is still possible to perform and is beneficial for bone and joint health. (LeMond & Hom, n.d.)

The recommended guidelines for Americans for the period of 2008-2018 For adults the implementations helped to lower the risk of all cause mortality.  In addition, the 2018 Physical Activity Guidelines Committee Scientific Report provides new insight since their last report in 2008 and ‘focus on the causes:

Obesity is a disease where excess body fat has built up to such an extent that it has an adverse effect on health, the consequences can vary between individuals.  Each individual has a different body type and therefor fat can be distributed differently

Obesity is worldwide issue and it is outcome of poor diet and physical inactivity health causing a lot of health consequences.  It is due to a chronic energy imbalance where intake of food exceeds expenditure. Overwight issues and obesity is more that a feminist issue. (Hardman et al. 2009).

Obesity, or excessive body fat, is linked to Type 2 Diabetes mellitus (T2DM) via insulin resistance.  The benefit of exercise of glucose tolerance thought to be due, in part, to improvements in insuline sensitivity. (Hardman,, A., E. and Stensel, D., J., 2009).  An effect of this has been found in just one single session of RT (Koopman et al. 2005).

Body Mass Index is used to measure the overall amount of body fat but on some individuals a skin fold measurement can be taken by pinching the skin with callipers which when calculated provides a percentage of body fat overall and for each individual area tested i.e. by using‘ 4 sites:

Diabetes is the most common endocrine disorder and effects all over the body and can cause renal failure, nerve damage, heart disease and stroke, also blindness.  This is because the body can no longer control the level of circulating blood glucose.

Type 1 diabetes is where the cells which produce insuline are mistakenly recognised by the immune system.

In type 2 Diabetes is mainly a metabolic disorder in which insulin level rise. It has been found that ‚a moderate intensity level of aerobic exercise encourporating all muscle groups has been shown to reduce insuline sensetivity particularly within the muscle tissue ( Erikson 1999).

Hypertension (high blood pressure) is one of the most common diseases found across the world in among all age groups.   The result of 2 month study where 30 hypertensive patients engaged in physical activity (aged between 25-45 years) provided reduction in systolic and diastolic pressure was 3.33 mmHg and 3.2mmH. Significantly reduced the blood pressure without any intake of blood pressure reducing pills. (Jitesh et al. 2016).

it is now widely accepted that people do not undertake enough PA. Globally, around 23% of people were not active enough in 2010 (World Health Organization (WHO, 2017WHO. (2017).

It showed that there was a link to a regional approach and regional coordination at the EU level for boosting PA and sports participation as a way to reduce regional disparities and promote health-enhancing PA.  Indicating that there in the countries where PA is heavily promoted there are more participants.

‘The Nordic countries and the Netherlands are the most physically active countries, the Southern countries and the new Member States being less active (Gerovasili, Agaku, Vardavas, & Filippidis, 2015.) and (Kornbeck, 2013Kornbeck, J. 2013).

The national Health Service (NHS) in England have announced their ‘Long Term Plan’ and aims to ‘tackle major killer conditions and save up to half a millions lives’ and states it will ‘help to prevent 150,000 heart attacks, strokes and dementia cases’ also ‘>three million people will improve by new and improved stroke, raspatory and cardiac services.’ Also it is set out to be the ‘biggest investment in mental health’ and ‘will see around >two million people who suffer with anxiety, depression or other problems.’ In its mission statement is also states and will also launch a Diabetes Prevention Programme.’ (NHS England chief executive Simon Stevens, 07/01/2019)

NHS Long Term Plan to tackle major killer conditions and save up to half a million lives, blog, (www.longtermplan.nhs.uk, 2019).

A U.K. government has employed Sport For England’s (SFE) and has developed the ‘Active Nation Campaign’ in line with ‘Sporting Future: A New Strategy for an Active Nation’ it  highlights the need to address that ‘1 in 6 deaths in the U.K. are due to inactivity’ and is targeted at not only people who already engage in sport and physical activity but is designed to influence and motivate individuals who have not previously had involvement.  SFE has approached this since 2013 and works in partnership with mental health charity, Mind and has got’ over 36,000 inactive people taking part’, their research shows of which, where continuously engaging 3 months post initial engagement.  It has also found that ‘48% of inactive adults want to take part in exercise.’ (Active People Survey Apr 2014-March 2015, Adult Active Lives Survey 2017.

SFE has continued their on-going focus on groups who have been found not to typically take part in physical activity:

Fitness Trends and their popularity through word of mouth encourages participation in exercise. ‘Yoga is recommended in multiple studies as having a large number of health benefits such as decreased depression and anxiety, decreased lower back pain and improved flexibility and balance.’ (Yoke, Mary, Ph.D., FACSM, M.A., M.M. 2019).

Mental Illness is the fourth leading cause of disability worldwide and is predicted to be the second leading cause in developed countries by 2020. (World Health Organization, WHO).

‘Yoga has featured in the top 10 exercise trends since 2007 and is viewed highly by fitness professionals and is just one type of RT which has featured as a trend since 2009; the other trends being:

Making a lifestyle choice to include RT throughout adulthood can slow down the ageing process and prevent health conditions from occurring as well as decreasing the risk of making current conditions worse and/or developing additional conditions as a result of in-activity. It is important to follow a bespoke programme if an individual has a diagnosed health condition and to determine if RT can be included and at which level.  More recent studies have found that RT mainly has a positive effect in longevity of adults thus decreasing the mortality rate in older adults.