I doubt that anyone thinks that we live in a perfect world. Although famine, war, earthquakes, disease and crime are common occurrences, I am sure that most people would be happy to live without them. In fact, I would expect that most people would say that these things are an indication that all is not well with the world.

There are basically two types of evil viz.

Those who argue that God does not exist, will often suggest that the presence of evil and suffering in the world is evidence that there is no God. Their argument can be set out in the following way; If God exists then surely God would want to, and could, deal with the problem of evil and suffering. Evil and suffering continues to occur in the world. Therefore, God cannot exist. So there is no perfect confirmation on the presence of God or absence of evil and vice versa. That means if God exist then evil too exist. The tact is to reformulate the argument from evil so that this criticism does not apply; for example, by replacing the term “evil” with “suffering”, or what is more cumbersome, state of affairs that orthodox theists would agree are properly called “evil”.

Moral evil is violence, slavery, dishonesty and so on which is basically out of our moral values and ethics. For example; If a girl gets raped then it is not her fault, it is one who does that. But society in which we live always blames the girl starts spoiling her name and starts gossiping about her activities that she does or did in his life like about her clothing’s, friends and the list doesn’t stops. Already the girl in the immense pain they she might be going through on the other hand such gossips hurts her more. On the other hand the media, newspapers tell something other story with all the emotions, drama, extra knowledge all that stuff just to increase their trp rate and for the fame. People in the society should ashamed that if they always tell girls to live but why can’t they teach their boys how to behave with girls…??? 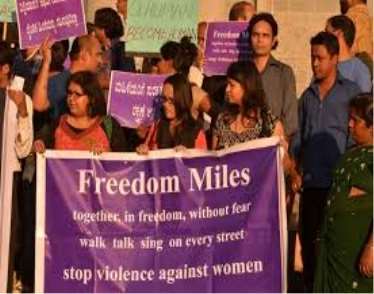 In this example we can say that everyone has freedom to do what they want to. We always say that we live in a free country but the fact is that we are miles away from the freedom. It is not acceptable i.e. violence against women nor any type of harassment. That’s what our moral value says not to do harm anyone and also one should have some kind of humanity within them but do people nowadays really have it. If they have so then they might not gossip or do such kind of things with girls. The problem with our judiciary system is that there procedure of making judgement is so slow that victims can make hundreds of crime within that period. So fast trails should be made so that the victims can know their faults and anyone should not dare to repeat the mistake again.

Natural evils are those which are done by non- human agents like people believe in superstitions, spirits, etc. 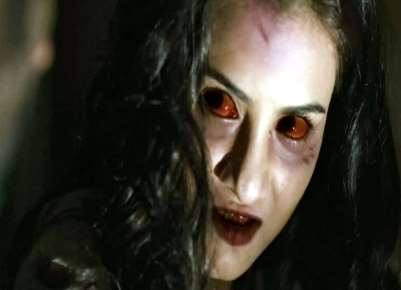 For example; I heard this one from one of my friend who actually experienced it, one of their relative who was close with their family died some 2 years back who met with an accident and after few months everyday some or the other things happens in their house like sometimes there is health problems, sometimes my friend would go crazy like laughing like ghost and starts speaking to himself about that uncle’s family all that stuff. Then they went to many doctors for treatment but all that was of no use then some people told them that u go to religious places and do pooja and perform some kind of rituals it will be fine because all these is happening because of wicked spirits that is in my friend so their family did all rituals and then things became as normal it was. But now I can’t understand that one side it is said that wicked things are all fake and it is superstition but in the other side its true that my friend got cured because of all that rituals. But I personally believe that there is no such kind of wicked spirits present in this world. All this rituals are performed so that one can earn money, fame and so on. The best part is that how they fool people in and around them by telling all the stupid things and people to fall pray.

We all have noticed all these poster in the train which tell the same thing but the phone number in it is different. In this people are given wrong information about it due to which a fear is built inside them about their own problem. All this builds up stress in their mind and causes mental illness.

I don’t believe that how people started using the name of the God for earning. But its true that if people believe in God then they must believe in spirits too.

One more example of natural evil is blackmagic. The article down is taken from http://articles.timesofindia.indiatimes.com/2013-09-08/india/41873071_1_kerala-village-kalari-black-magic

KOCHI: For Peringottukara is best known for the practice of black magic, especially one involving chathan or kuttichathan. This figure is a dark avatar of Vishnu who rides a buffalo, and whose mastery in removing, or placing, hurdles in mortal life is never questioned by believers. The chathan could blight your love life, business dealings or general prosperity but could also set things right if placated.The families of Avanangattil Kalari and Kanadi are the resident experts in this trade. They are at pains to explain that, rumours of black arts notwithstanding, they are harmless folk.The ‘treatment’ is often elaborate tantric pujas that involve ornate symbolism, much mumbo-jumbo, trances, communion with saturnine powers and the like. If you are here, it is hard to remain untouched by the rituals. There are more worldly matters to be dealt with as well. Even as this correspondent was chatting up a priest at Avanangattil Kalari, an NRI nonchalantly placed a fat bundle of notes as ‘advance’ for the chathan’s intervention in his business empire.

A couple of minutes later, a poor, halfblind lottery ticket vendor too lands up to lament business losses. All he has to placate the mischievous chathan is a one rupee coin. The priest seems to show no particular interest in the money being offered.

Those in the know, however, will tell you how easily and seamlessly these priests shuttle between the spiritual and temporal worlds. Many of them have got incredibly rich and run petrol pumps and cinema theatres. They have also put in place a fairly well-oiled structure to run the faith industry, including staff to woo devotees from far and wide.According to advertising industry circles, the Kanadi groups spend lakhs on publicity every year. Some of the Malayalam newspapers which were reluctant to carry advertisements of such “dispensers of divine blessings” have now changed tack.

Nowadays people are feared about their life and they are not interested in their moral values and ethics. I too believe that sometimes something depends upon circumstances but there are something that is not acceptable under any circumstances like harassment, inequality, racism, etc.