Many people today are often brought to this question when entering a grocery store. It’s something countless doctors are talking about and recommending to their patients. Are organic foods really any different than non-organic foods? My answer to you is yes, but you don’t have to take my word for it. I have plenty of information that will not only show you the difference between the two but will also prove that organic foods are better for you.

Organic foods are produced by the techniques that follow the standards of organic farming. Organizations that produce these foods are free of artificial additives, methods, materials, and conditions. Also, some organic food corporations restrict the use of certain pesticides and fertilizers in farming. In addition, animals that are used to create organic products like eggs, cheese, meats, etc., are raised eating organic feeds. That means that their food does not contain antibiotics, hormones, and growth-enhancing substances such as steroids.

Many people have been saying that organic foods  are really good for your health. They’ve even helped people when trying to diet and losing weight. The benefits don’t stop there either. Studies have shown that they can also have a lot of nutrients. The Los Angeles Times covered a study with a headline expressing “Organic foods are more nutritious, according to the review of 343 studies.” Then an article stated “Research is first to find wide-ranging difference between organic and conventional fruits, vegetables, and cereals.”

Non-organic foods contain chemical fertilizer to encourage plant growth, farmers also spray insecticides to reduce pests and disease, use chemical herbicides to manage weeds, and give animals hormones, drugs, etc., to prevent disease. I personally would not consider this food to be healthy.  I’d rather stick with organic foods because I feel more comfortable and its more healthy. Not only that, but it is also more safe. Nowadays non-organic foods can’t be trusted because you don’t know what they’re really doing.

Fast food falls under the category of non-organic food. The thing about restaurant food is that restaurants are not required to reveal everything their food contains. So technically we don’t really know what we’re eating. For example, the meat that most restaurant chains sell contains antibiotics. Although now you can buy a salad at a fast food place, there are still much more unhealthy things on the menu. Obesity, High Cholesterol, and so much more are leading causes to deaths.

1There have been cases where people have died from eating these foods. For example, a couple of years ago there was a case where a four year old boy passed away. He ate three burgers from Jack in The Box then suddenly wasn’t feeling good. The boy started having a lot of diarrhea mixed with blood. His parents started getting concerned so they made a doctors visit and found out that their son had E Coli. Twelve days later the boy died.

People may not realize it now, but all of those things that are in the food we eat effect us. My girlfriend made a doctors visit about 8 months ago because she was having some health problems. The doctor advised her to stop eating non-organic foods. Of course that didn’t cure her from what she had or anything but it did help massively. After looking more into it she is now slowly trying to eat mainly all organic products.

E.coli was discovered in 1884 and is known to be very bad disease.  I could tell you many things about it but I’d rather just stick to the basics for now. It’s an infection, poisoning, septicemia, neonatal meningitis and gastroenteritis. The way the infection starts for E. coli is, it releases toxins into your body that will harm you. This makes the bacterium to bind to the lining of the gut.

Feeding the animals food you’re not supposed to feed them, not only affects them but it affects the environment. If our fields were pesticide free think about how much that would help the grass and plants. Since no synthetic chemicals are used while farming organic fruits and vegetables it does not pose any risk of soil and underground water contamination. Another fun fact is that organic food production helps preserve local wildlife. Keeping away the toxins helps the wildlife be in its natural habitat. 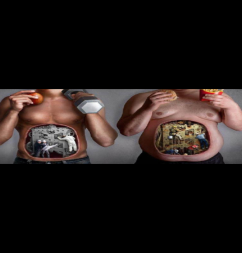 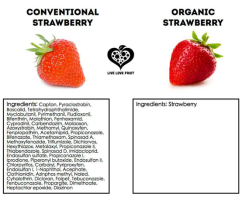 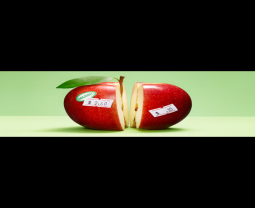 In conclusion this is why we have to stay away from non-organic food. Want to live longer ? Start eating organic food. These pictures tell you a lot, the very first one on the top left about the strawberries is very true because the darker the strawberries are the more flavor they have. The light ones aren’t too sweet. Bottom left picture of the apples is also very true. You can already tell because the price on the apple. Top one on the right about the chickens, just look closely, look at how healthy the chicken looks on the left side looks and look at the one on the right. Those chickens on the right don’t look like they’re in a healthy environment. They are dying from all the steroids and antibiotics they put in their food. All those chickens on the right are just full of chemicals and that’s what you want to eat? That’s why we can’t eat non-organic food. Last but not least, look closely at the picture on the bottom right. Now this is a good example of organic and non-organic food. That’s what your body looks like when you eat healthy food versus when you eat non-healthy food.