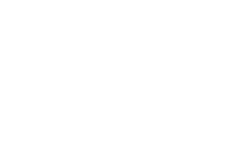 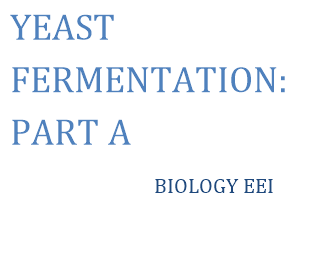 Cellular respiration is the catabolic process of converting the chemical energy stored in chemical bonds into energy in the form of adenosine triphosphate ATP. Adenosine triphosphate is a high energy molecule, used in cells as a “molecular unit of currency” of intracellular energy transfer(Bergman, J 1999). Cells are capable of working when the energy released from ATP, when a phosphate-oxygen group is broken off to form adenosine di-phosphate (Stein Carter.J2000). Chemical energy is transported within cells by ATP for metabolism, which is the sum of the chemical processes involving the modification of molecules for storage, cell growth and reproduction. Cells are capable of generating ATP, using pathways that either relies upon oxygen (aerobic respiration) or the absence of oxygen (anaerobic respiration). Aerobic respiration, with the oxygen required, is completed in three separate processes consisting of Glycolysis, Kreb’s Cycle and Electron Transport Chain. Aerobic respiration produces a total yield of 36 ATP molecules for every glucose molecule, which is 18 times more efficient than anaerobic respiration only yielding 2 ATP molecules (Stein Carter.J2000). When yeast respire glucose aerobically, the rate of oxygen used up is the same rate that carbon dioxide is produced. The enzymatic breakdown of glucose in the presence of oxygen to produce cellular energy (ATP) is shown below:

Fermentation is an anaerobic, metabolic process in which energy can be released from glucose despite the absence of oxygen. Fermentation takes place in yeast cells, occurring bacteria and muscle cells of animals. In yeast cells, cellular respiration allows glucose to be metabolized to pyruvic acid via glycolysis. In glycolysis, the net gain of ATP to the yeast cell is 2 molecules of ATP. Alcohol fermentation involves the process of removing electrons and hydrogen ions from NADH during glycolysis, allows yeast to ferment due to necessary enzyme converting pyruvic acid to ethanol (known as ethyl alcohol) a 2-carbon alcohol (Haiden. W, 2014) Yeast do not have the enzymes required for the metabolizing of ethanol (e.g. ethanol dehydrogenase and acetaldehyde dehydrogenase), energy stored in glucose molecules is trapped in ethanol therefore the use is unavailable for yeast cells (Katz, D. A. 1997). Muscle cells have the ability to produce ATP from the release NADH via glycolysis, which is converted to pyruvic acid, finally converted lactic acid. Lactic acid is another form of fermentation, which comprises of the frequent contraction of muscle cells resulting in rapid use of oxygen supply. Eventually, the lactic acid build-up causes intense fatigue, and muscle cell stop contracting (Haiden. W, 2014)

Yeast are single-celled microorganisms as members of Kingdom Fungi, which reproduce asexually by budding. Yeast is a highly-popularised used by a large variety of production including alcoholic beverages, bread and commercial/ industrial products. Yeasts are classified as facultative anaerobes, due to their relative unique trait of the capability of respiring both aerobically and anaerobically (Curry, J. (2009). Under anaerobic conditions, yeast carry out fermentation to produce alcohol and carbon dioxide according to the following equation:

Glucose is a simple monosaccharide sugar and also a necessary reactant for fermentation, however various polysaccharides aren’t capable of being fermented by yeast. Carbohydrates, fats and proteins can all be used as fuels in cellular respiration, but glucose is most commonly used to examine the reactions and pathways involved. Starch, a polysaccharide made of many glucose molecules is found in many foods including potatoes, wheat and corn etc. Yeast cannot ferment starch directly due to the lack enzyme amylase which metabolizes starch into glucose. The conversion of disaccharides, including sucrose, into monosaccharide occurs before fermentation which metabolises glucose. Fermentation of disaccharides of sucrose will be delayed due to the glucose in glycolysis is required prior to fermentation. (General Botany Laboratory2011). Hydrolysis is a decomposition process which is the interaction of the compound and water, resulting in breakdown of the compound and enzyme of invertase to be derived from yeast. Eventually, the breakdown of sucrose is catalysed by invertase enzymes, resulting in the yielding of glucose and fructose from the metabolising yeast (General Botany Laboratory2011).

Yeast fermentation activity can be affected by limiting factors including temperature, pressure, chemical environment (e.g. pH), and the concentration of the substrate. Higher temperatures are ideal to cause yeast to produce more carbon dioxide, but further temperature increase can denature yeast cells, causing progressively less carbon dioxide production (Curry, J 2009).The increase in temperature results in the increase random movement of molecules. The faster movement of molecules increases the speed of interaction between substrate and enzyme, thus the rate of reaction (Spencely. M 2007). Enzymes are highly selective catalysts, greatly accelerating both the rate and specificity of metabolic reactions. The regulation of metabolic pathways from changes in cell’s environment is responded by enzymes. The enzymes are proteins that catalyse chemical reactions and function in optimal environmental conditions. For yeast fermentation, the enzymes along with the increase in temperature until the optimum temperature of 37°C is reached, the denaturing of yeast cells occurs at approximately 45°C (BBC, 2014) Enzyme active site may change with the alteration of pH levels, thus the ‘goodness of fit’ between substrate and enzyme. The increase in substrate concentration has direct increase in the yeast fermentation rate. Coenzymes or cofactors assist much enzyme function by tightly bounding to an enzyme for full activity (Spencely. M 2007).

What is the effect of different substrate and temperature has on anaerobic respiration of yeast?

To identify the impact of changing the temperature and type of substrate used as a reactant in the anaerobic respiration of yeast by assessing the production of CO2.

It is hypothesised that glucose will produce the highest amount of CO2 and therefore be most suitable yeast fermentation. Glucose is the main sugar used by majority of cells for respiration and yeast fermentation in the first stage of glycolysis. Glucose is a monosaccharide meaning it is the simplest form of sugar allowing the breakdown of yeast enzyme easier and allowing higher carbon dioxide emissions. Also, it is hypothesized that yeast would produce most carbon dioxide at the median temperature of 35°C due to further increase in temperature will denature the enzyme active site of yeast cells and lower temperature would not produce enough carbon dioxide emissions.