What’s the hype behind Fortnite? 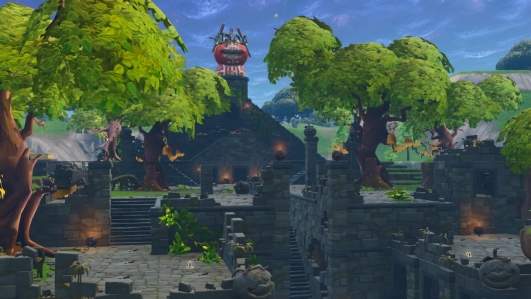 It’s a Friday night and I’m sitting here observing my young sibling coordinate the team he is playing with and spotting enemies. Only a few minutes into the game, still collecting resources and finding weapons around Tomato Temple, he spots several opposing players who got him in his sights on high ground. There’s a squad at west 270! my brother screams as he builds a wall to defend himself from the incoming rifle fire. His teammates manage to flank the enemy squad and take them down. He is happy and confident that his team will be able to secure a victory royale with only one other enemy team left for them to face. You see, the amount of concentration and coordination my brother dedicates to this game is phenomenal and he is only 11 years old.

So, what is Fortnite? For anyone who is not a youngster or a parent, Fortnite is a multiplayer game that was developed by Epic Games, the American video game developer which also created the Gears of War video game series among others. In this game, “players work collaboratively to survive in an open-world environment, involving combat against other characters controlled by the game or other people.” (ParentZone, 2018).

The most popular mode is Battle Royale in which 100 players are pitted against each in either solo, duo or squad modes. The aim of the game is to find weapons to eliminate enemy players and scavenge for resources, so you can build structures and defend yourself from opponents while simultaneously trying to avoid the deadly storm which constantly closes in on the island. 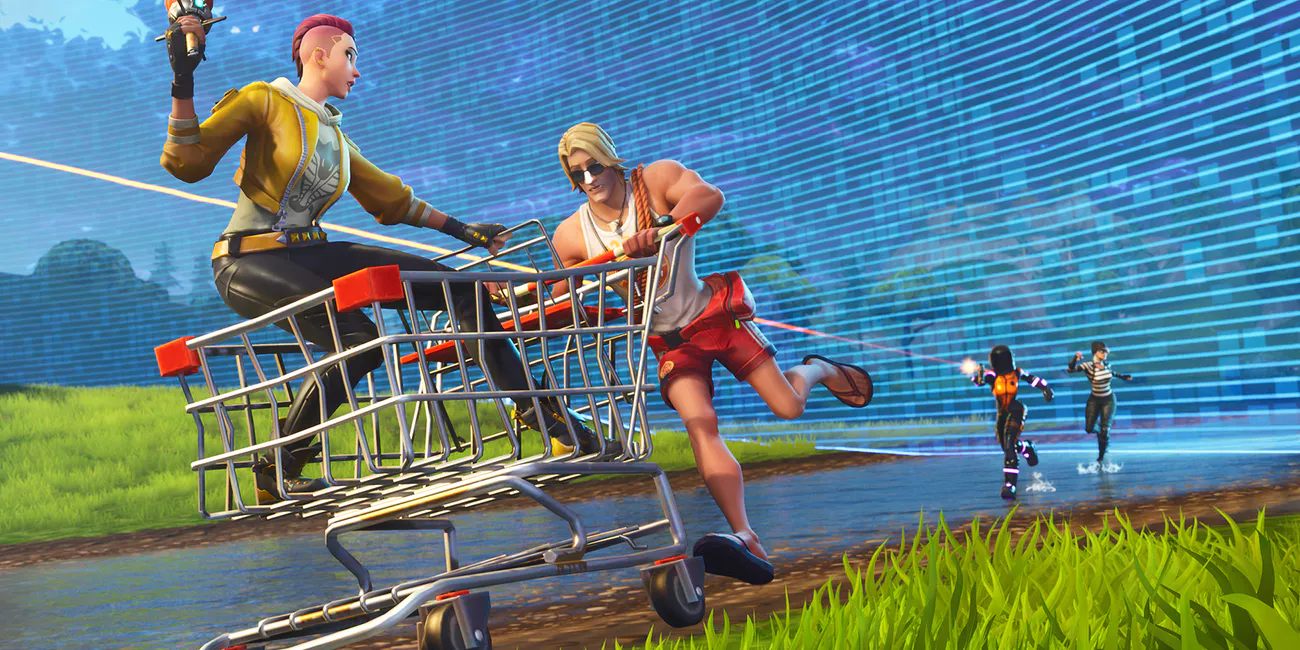 The free-to-play game has attracted young and old, due to its cartoonish violence and it’s easy to play game style. However, its popularity did not come without controversy as many people especially parents thought of Fortnite as a toxic game which really had no purpose. This feature will look at the advantages and disadvantages of playing Fortnite and why people like this game so much.

Let’s begin with the positives of playing Fortnite. Difaf Hamid, age 18, says that “Fortnite has allowed me to make new friends who I would have never met in the real world due to our shared interest in the game” while Ahmed Hamid, age 11, thinks that “Fortnite has allowed me to become better at teamwork in real life and in the game and it makes you become very competitive as you always want to win .”

As seen from these answers, Fortnite is more than just a game, it’s a social space where people can make and play with friends. It also gives people something to discuss whether in school or at home, talking about their wins or the latest skins they plan to acquire.

Fortnite is “like the skatepark, it’s as much about spectatorship as it is about taking part. The game has its real-life skate heroes in the form of YouTubers like Ninja and Lachlan, who show off their best moments to an audience of millions. But it’s fun sometimes, just to hide within the game and watch others battle, and this easy flow between participating and spectating has helped make the Fortnite world feel more friendly than the usual online multiplayer experience,” says video game journalist Keith Stuart.

Drew Cattanach, a Computer Games lecturer at the University of Westminster, sees the positivity of Fortnite in how “easy it is to pick up and play with its reasonable learning curve and how it brings geographical disparate players together along with its availability on multiple platforms.”

This virality has helped Fortnite become popular and “I sometimes get on just to mess about with friends and try out different tricks in the playground mode while discussing completely irrelevant topics” Difaf added.

Also, according to Owen Williams of Charged “We get on to play, but we’re really just hanging out. Fortnite has built-in voice chat so it’s seamless to just jump on voice, talk about the day, life, whatever is going on, without even really realizing it. We’re playing the game together, dropping from the Battle Bus every ten minutes to start a new round, but what keeps us there is that we’re all spending time together.”

On the other hand, there are quite a few downsides to playing Fortnite excessively. Firstly, parents have always had their doubts about Fortnite and called it addictive and a waste of time. “The Fortnite craze has elements of Beatlemania, the opioid crisis, and the ingestion of Tide Pods. Parents speak of it as an addiction and swap tales of plunging grades and brazen screen-time abuse: under the desk at school, at a memorial service, in the bathroom at 4 a.m. They beg one another for solutions.” (Nick Paumgarten,2018).

Furthermore, the game is “not just causing problems for kids. An online UK divorce service says 200 petitions cited Fortnite and other video games this year as the reason for the breakup of marriages.” (Feeley and Palmeri, 2018)

Should there really be concern though? Ahmed disagrees saying that “the game is fun to play and there isn’t any downside to playing it” all the while his mother is repeatedly asking him to do his homework, but he keeps stalling her as he wants to get one more kill. Contrarily, Difaf believes “Fortnite can be very addictive and you enter a different world when playing it as you want to focus on the game itself”.

Drew Cattanach also draws on the fact that Fortnite is “free to play and this means the developers make money through season passes, in game shops, DLC and loot crates. This can lead players to spending more money than if the game was brought at full price.” 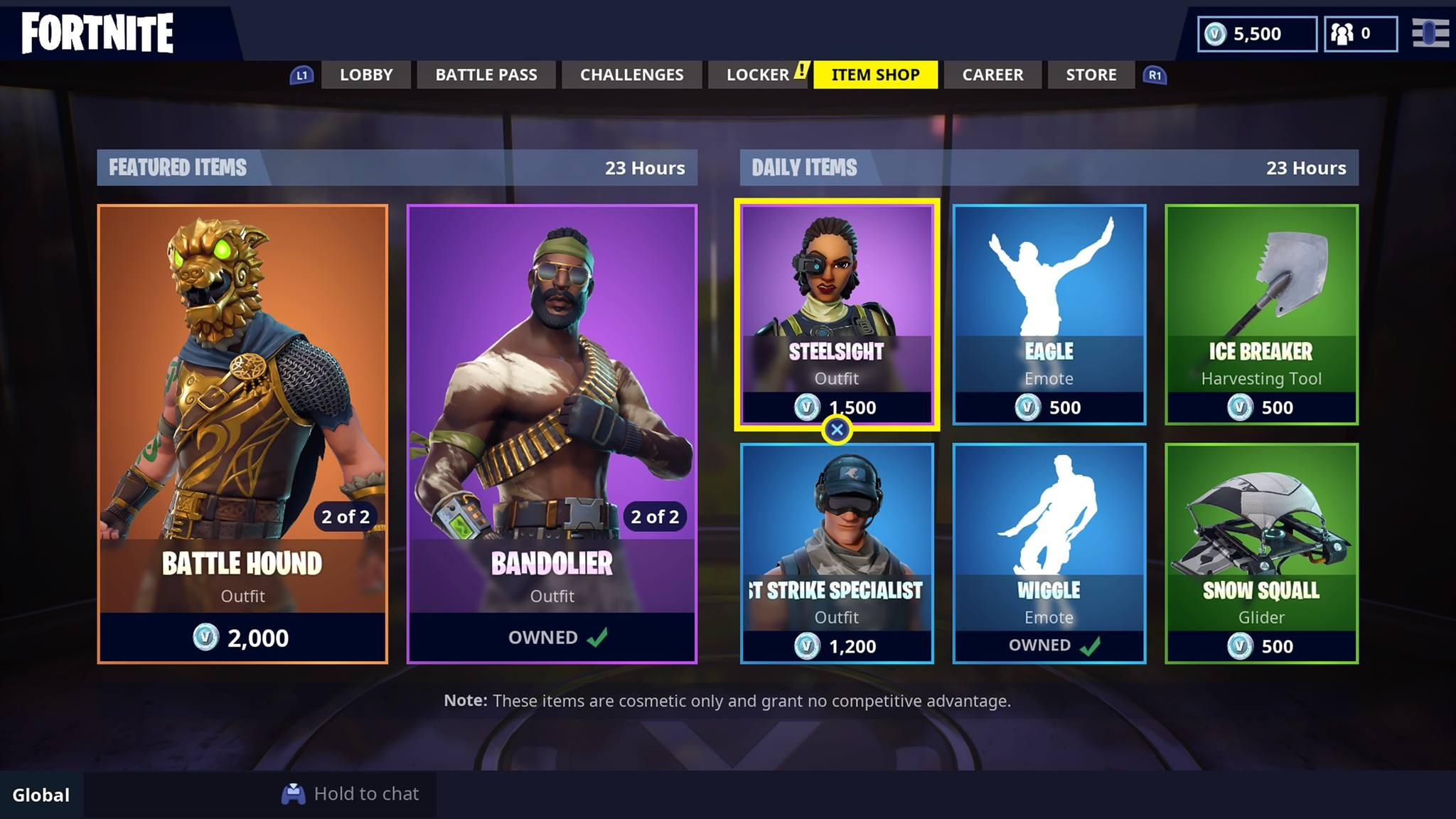 With Fortnite there is the seasonal battle pass and item shop where players can buy skins and emotes (dances) using the in-game currency known as V-Bucks. In an interview with a behavioural specialist in The Independent it was said that “parents have lost substantial amounts of money by not paying attention to whether their credit card is tied to the game console.” (Feeley and Palmeri, 2018)

However, is it fair to call it addictive? Drew Cattanach disagrees stating that “addictive is not a good word to describe games. Games represent challenge and reward. When balanced well this is a rewarding experience. When balanced badly, a potentially exploitive situation is created that will entrap individuals who play too much and neglect themselves by paying more than they can afford. These negative factors are as much a part of games as other activities such as over-working or over-eating.”

Moreover, as Mike Diver, a video game journalist and the current head of content at GAMINGbible says, “these qualities/characteristics are seen across an abundance of games and not just Fortnite. They’re valuable, too- if they weren’t effective, these games would not be successful.”

In relation to the impact games such as Fortnite have on the community, Mike Diver says that “it’s important to know the game that you’re playing- that your kids are playing – and know what it’s all about. Any and all ‘horror stories’ concerning Fortnite and games of its ilk come from positions of ignorance as to the nature of the game in question.”

“Ultimately, successful games are designed in response to a need within society, by virtue of their success means that they have met this need well and found their market.

This points to a genuine need within society for a game such as Fortnite delivering a real benefit to the majority of players life. Play is a very important part in how humans learn and gain experience, all computer games are an extension of this.” As Drew Cattanach states.

In conclusion, Fortnite is one of the many games available in the market right now. Through the responses received, Fortnite seems to have made a more ground-breaking influence on the gaming world, due to several reasons such as its ease to play and its zero-price tag. Fortnite can’t be considered an addicting game as there are measures that can be implemented by parents to limit the amount of time their kids spend playing the game. Parents shouldn’t be too harsh by completely taking the game away but rather talk to them about the game (which many kids don’t mind talking about) and try to have them do chores or homework in exchange for extra game time or some buying them some V-bucks when they do well in a test or exam.