Continued Urbanisation – Does it hold the key to sustainable living?

March 25th 2010 – was a key turning point in humanity (Graph 1); it was on that day, for the first time ever, that over half of the world’s population (50.5%) were classified as living in urban areas (compared to rural), as a result of urbanisation. Graph 1, showing Urban and Rural World Population change since 1950. Causes of Urbanisation Urbanisation is the increase in the proportion of people living in towns and cities1, this results from:

Urbanisation rates vary temporally and spatially, indeed most MEDCs began urbanising in the 1800’s as a result of industrialisation. In the 1950s, North America and Europe were home to the world’s most urbanised regions, though Tokyo overtook New York as the world’s largest city. By the mid 60s, the world’s urban population passed 1 billion, with rates of urbanisation having become highest in Asia and Africa; and Asia having more urban dwellers than Europe. By the 80s, urbanisation rates in China were once again increasing, though had slowed globally. Worldwide urban dwellers exceeded 2 billion, with Toyko’s population having reached 30 million. During the first decade of the 21st century the urban/rural balance of the industrial countries stabilised at 70-80% mark. Analysts predict that by 2020 the world’s urban population will reach 4 billion and China will become more than 50% urbanised2.

The greatest contributor to urbanisation is that of migration. Migration is controlled by a series of push and pull factors (Table 1).

Global urbanisation is bringing the majority of the world’s population together in cities, making it easier to provide access to essential services, as the people are in concentrated areas. But, realistically, does continued urbanisation actually hold the key to future sustainable living, or is the rate of growth such that we cannot keep pace? For future sustainability, the lifestyle of our global population must reduce the rate of depletion of natural resources, from the earth, so that we can meet our needs, whilst not negatively impacting on the lives of future generations. Sustainable living means ‘living a lifestyle that uses as few resources as possible and causes the least amount of environmental damage for future generations to deal with’3. Figure 1 below considers some of the key elements of urban sustainability4 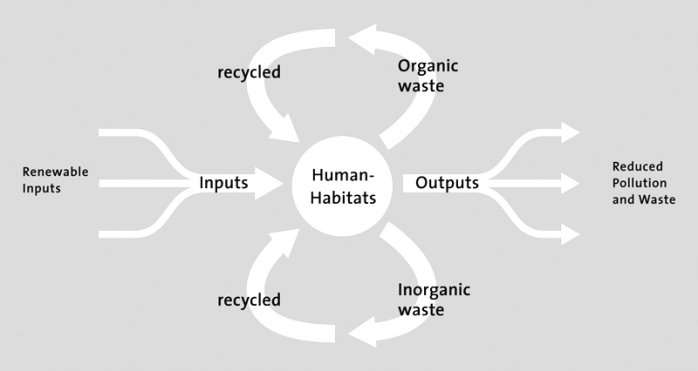 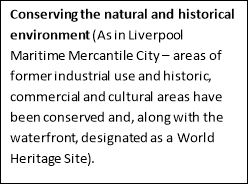 Essentially, to be sustainable, our system outputs should be ‘recycled or re-used’ so as not to exceed our inputs. This applies to all settlements, not just urban ones. I live in an urban area, Telford, albeit a small one. Recycling has become a prominent part of our life (2004 onwards) as we aim to reduce landfill and address CO2 issues. I enjoy living in an urban environment, I have a choice of health and education services, I have access to retail and leisure parks and our public transport system makes travelling around the town easier. On a negative note, I see a lot of expansion onto greenfield sites as more homes and retail areas are created. This is destroying the view from my window and saddens me, especially when I walk through town and see boarded up shops. 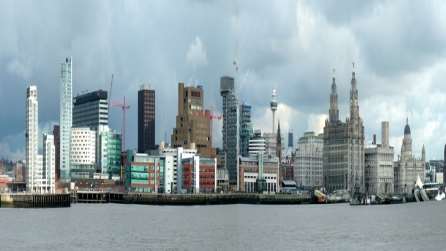 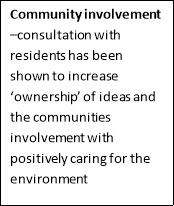 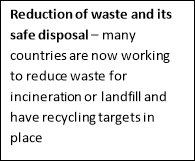 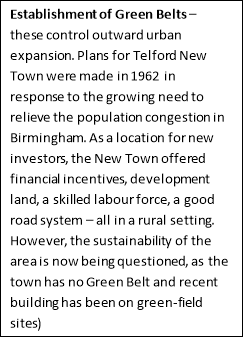 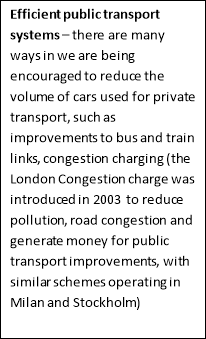 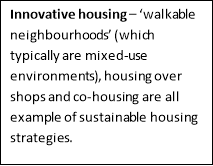 The future landscape could look very different if urbanisation continues at an unabated rate and we take no action, some ‘what ifs’ are considered below. 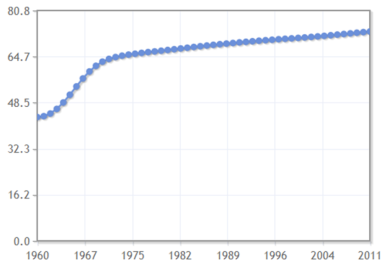 Graph 2, showing change in Life Expectancy in China between 1960 and 2011 A good example of a country that has seen a rapid increase in urbanisation is China. China has been urbanising rapidly; in 1940 it had 69 cities, in 2007 it had 670 – almost ten times as many after only 67 years. This has very clearly affected Chinese life expectancy dramatically, as the graph left clearly shows (Y-axis: life expectancy in China at birth, X-axis: Date of Birth). This shows very clearly that the more urban the country became, the higher the life expectancy: so urbanisation can definitely be seen to increase the lifespan of the countries inhabitants. However, in Graph 3, below, it is very clear to see that in the same timespan (1960-2010) the CO2 emissions have greatly increased, showing the negative effect urbanisation has had on air pollution, which is now a major problem in China. 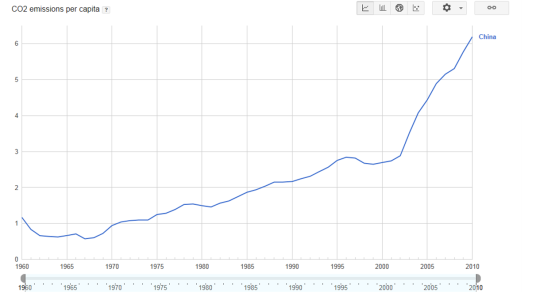 Graph 3, showing Carbon Dioxide emission levels, per capita, between 1960 and 2010

The most fundamental requirements for sustaining human life are: shelter, food and water. Urbanisation, due to the creation of apartment buildings and streets in cities, usually has a positive impact on housing requirements. However, availability of food and water may be hindered by the accelerating speed of global urbanisation as high population densities can put local water plants under extreme pressure, due to such high demand, so in the long term urbanisation can have a negative effect in this context.

Urbanisation can also mean bad news for food supply; the migration of people from rural areas into cities means that long term, agricultural operations can suffer due to insufficient, capable rural workers being available and, in some cases, destruction of farming sites for construction of new urban sites is also a big problem. Due to these factors the production of food may slow down and supplies even become depleted. 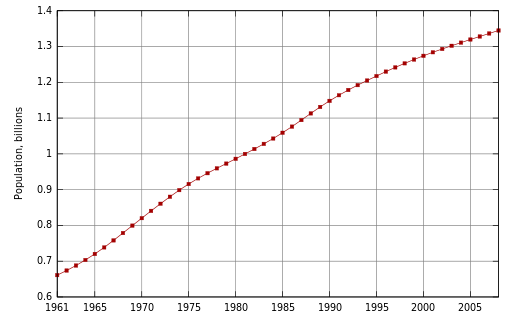 Another, negative, effect urbanisation can have is over population. Returning to the earlier example of China – since China has been becoming a large urban country, its population has increased substantially; the population of China in 2012 was approximately 1,344,130,000 (over 1/6 of the earth’s total population of 7.129 billion). China is widely considered to be one of the most over-populated countries in the world, and over-population can really hinder the goal of sustainable living. Looking at the three, aforementioned, basic requirements to sustain human life – shelter, food and water, we can see how overpopulation can have a negative impact on all of these. If there are too many people living in a country, it becomes very difficult to provide housing for all of them, and even harder to supply all of them with a job, so they can afford the upkeep of their accommodation. Overpopulation also places a high demand for constant provision of food and water; this, added to the earlier mentioned effects that urbanisation has on the food and water supplies, means supply of both of these commodities, essential for human life, will be put under extreme pressure as a result of urbanisation and overpopulation. These factors really challenge the theory that global urbanisation could be the answer to sustainable living and, to address this further, we need to compare an international rural living area with an urban one. Rural living in Ethiopia compared to Urban living in the U.K.

(Data source ^^ CIA World Factbook, all other data from UNICEF )

As the table shows, UK, a highly urbanised area, has a much better quality of life than Ethiopia, an extremely rural area: UK life expectancy is significantly higher than Ethiopia’s (by 35%); the literacy rate in Ethiopia is 60% lower than that of the UK; internet use in the UK is substantially higher that in Ethiopia (81%); all UK citizens use improved water sources, whereas only 44% of Ethiopians do and the HIV prevalence rate in Ethiopia is almost 5 times higher than that in the UK. All of these indicators clearly point towards the fact that urbanisation does contribute to life quality and longevity.

In conclusion I think that the true key to sustainable living is to find a perfect balance between populating urban and rural areas, as both are incredibly important. Without urban areas we may not be as technologically advanced as we are today (many of our technology looks towards a future sustainable life, like electric powered cars), and if towns and cities weren’t being built, the present risk of over population would be even more severe; and without rural areas, agricultural industries would suffer greatly which are incredibly important to human life, and loss of large forests and/or grasslands could mean a large increase of Carbon Dioxide in the air as well as destroying many historical location.

To improve urban areas governments can focus on improving public transportation systems, which have proved very successful and eco-friendly in the past (for example the London Underground and the new York Subway) and continue to develop more ways to be economically friendly like finding a better way to dispose of our waste or developing more means of transportation that don’t affect the environment as heavily as current transport does. In order to protect rural areas Green Belts and/or UGBs (Urban growth boundaries) can be put into place more frequently, which limit where cities can expand in order to protect and maintain rural and semi-rural areas.

If we continue to expand our urban areas whilst making sure we maintain enough rural locations then I think that we can easily accomplish sustainable living. I would suggest that a good percentage for the world’s population living in urban areas is around 80% in order to achieve this goal.