Lichens are made by symbiotic association of both fungi and algae. The fungi was found to be the major partner and in the metabolite production too. The lichen metabolites were found to be very unique compared with the other plant kingdom. Most of the lichen compounds were observed as very good antioxidants for capturing the free radicals. Keep in this mind, present invention deals about the novel approaches for extraction and separation of antioxidant molecules from various lichen species. Macrolichen species were collected from different altitudes from the Eastern Ghats covering kolli hills of Tamil Nadu. The collected samples were stored at -80ºC for further use. It was subjected to extract the antioxidant compounds by keeping the fresh thalli at 62 – 65º C for about 10 minutes. Then lichen thallus was shade dried for 2-3 days under room temperature. Fine powder was obtained by using a mixed grinder with 250 RPM for 15 minutes. An equal proportion of ethyl acetate and methanol was added to the powder for the liquid- liquid extraction. Aqueous top layer was treated with 1N NaOH and then the solution was acidified to pH 2.5 by using 1N HCl. Centrifuge the sample and discards the pellet. Supernatant was transferred into dialysis process for 72 hrs. Then the sample was air dried and analyzed for their antioxidant potential. Concentrated sample was spotted on the TLC plate and active constitutes were observed as different colour in TLC plate. TLC plate showed that number of spots were reduced which interns helps to purify the antioxidant molecule very easily. Further HPLC analysis was confirmed the separation of antioxidant compounds in an effective way by obtaining various peaks.

Background of the prior art:

Most of the threats to human health are delivered by the free radicals of oxidation reaction and they are also responsible for cell damage. This in turn may lead to occurrence of threatful diseases like cancer, coronary heart disease, arthiritis and diabetes etc., Now the current world is trying to lead a life without such threats, which is only possible with the help of supplement of anti-oxidant molecules. These compounds are not only preventing the oxidation process but also capable of capturing free radicals. Present invention deals about the pathway of separation of naturally derived antioxidant compounds from bioresources. In this context, lichens are unique and have more bioactive metabolites for various applications. Lichens are symbiotic organism of fungus with photosynthetic partner. The association allows both partners to develop complex and exposed thallus under environmental situation which is not usually favorable for them in biological solitude. Since most lichens are long lived (up to 1000 years) and endure ecological conditions, they may provide a stable and unique niche, which hosts additional microorganisms. Lichens are naturally rich source of phenolics with good antioxidant potential. As they are commonly being used by tribal people as herbal medicine, the present study has been initiated with lichen species. Isolation and separation of antioxidant compounds without affecting their chemical nature is very important in medicinal chemistry.

Thermal processing is generally applied to extend shelf life of food products. However, it is well known that natural nutrients could be signiï¬cantly lost during the thermal processing due to the fact that most of the bioactive compounds are relatively unstable to heat. Therefore, heat processed foods are considered to have a lower health promoting capacity than the corresponding fresh one. However, recent studies have shown that thermally processed foods, especially fruits and vegetables, have higher biological activities due to their various chemical changes during heat treatment.

The present study has been carried out for the separation of bioactive compounds in easiest manner. Present invention was based on the stress induced in the lichen thalli as well as separation of high molecular weight antioxidant molecule in an effective way. A conventional method comprises very lengthy procedure and also not suits for thermolabile compounds. Our invention describes the way of separation of thermolabile compounds with dual solvent extraction. Stress on lichen may be induced by heat and electric treatment towards the generation of antiradical compounds. Heat stressed lichen thalli was used for the dual solvent extraction process to induce the stress related compounds.

Summary of the invention

It is well known that natural nutrients could be significantly lost during the thermal processing due to the fact that most of the bioactive compounds are relatively unstable to heat. In some case, heat treatment causes no change or improved effect on the contents and activities of naturally occurring antioxidants. Moreover, the formation of novel compounds having antioxidant property, such as Maillard’s reaction products, can be formed as a result of heat treatment. Therefore, the loss of natural antioxidants or heat liable nutrients can be minimized by an enhancement of the overall antioxidant activity in plant foods due to their various chemical changes during heat treatment.

Lichen samples were collected and maintained in deep freezer for long use. The freeze dried samples were subjected to compound extraction procedure containing mixture of two Solvents in an equal proportion based upon its polarity. The mixture of solvents and the procedure that we adopted was enabling us to isolate the potent radical scavengers from the mixture of organic compounds. The extracted compounds were further studied to establish the free radical scavenging ability using various assays. HPLC of the extracted components was much more useful to identify the phenolic content which was responsible for the antioxidant property.

The provision of heat and electric current on the lichen thalli enable the induction of synthesis of antioxidant compounds and stress related protein products. The liquid-liquid extraction methodology had its own significance when compared to other conventional methods. This method didn’t require any heat and consume only lesser time for extraction. Though we are not able to extract all the compounds present, mostly all the antioxidants extracted from the present invented methodology. Here the dual solvent system was used which provides a better way to extract a large number of antioxidant molecules when compared to extraction with solvent in a single solvent system. Normally the molecules with antioxidant nature are big in their molecular size. This concept provides the way of separation of molecules with dialysis membrane which helps to remove the solute molecule from the solution.

Macrolichens were collected from different parts of Yercaud and kolli hills in different altitudes ranging from 1200 MSL-1500 MSL. The macrolichens on the barks of trees and crust surfaces were chiselled without disturbing the thalli. The collected samples were brought down to the Laboratory using Poly packs. The collected samples were shade dried to remove excess moisture content which in turn helps to get rid of various pathogenic infections. The dried samples were packed with the help of sterile brown paper. These packets were maintained at -80°C for further usage.

From the sample being maintained at deep freezer about 5 grams of the thalli was taken and carefully transferred onto a sterile Petri plate by using forceps. The plates must be inert to the thalli and it must be free from moisture, DNase, RNase, and other lytic enzymes. The plates were kept in to the Hot air oven (Narang, NSW 143) and maintained at a temperature of about 72-75ºC for about 10 minutes. The production of antioxidant molecules takes place only when they are subjected to some kind of stress environment. Present invention deals about the induction of heat to natural thalli in the production of antioxidant compounds. After the heat treatment, the thallus was shade dried for about 2-3 days.

The shade dried thalli was crushed to a fine powder using a blender (Pigeon, Erode). The liquid-liquid extraction methodology was adopted, as it was one of the simplest methodology, it saves our time as well as quantity of solvents required, whereas in the normally followed solid-liquid extraction procedure we have to use large quantity of solvents and time consuming too. The powdered thalli was mixed up with a dual solvent system containing ethyl acetate and Methanol in the equal proportion was transferred to a separating funnel (Borosil, Coimbatore). The mixture was vigorously shaking for about 3-4hrs continuously and kept undisturbed for about overnight to separate the layers. Normally the antioxidant molecules accommodate in the top layer and it was removed carefully. Then it was subjected to alkali treatment and then with acids in order to lower the pH to about 4. They each treatment acid and alkali must be followed for at least an hour. Then another group of solvent containing benzene and ethyl acetate in equal proportions was employed to extract bioactive molecules effectively.

The present study was involved for the study of high molecular weight antioxidant molecule and its activity. In this regards, high molecular weight content were extracted from the mixture using a dialysis membrane. The collected top layers were packed separately onto an activated dialysis membrane. With one of the sides tied with thread about 5ml of the collected top layer was filled on the membrane via another head using a pipette and finally threaded. The packed dialysis membrane was transferred to a solution of Phosphate buffer of pH 7.2 and continuously stirred for about 17-24 hrs using a magnetic stirrer. This procedure was used to remove the small solute molecule present in the crude sample.

Antioxidant activity was assayed by various assays like DPPH, FRAP and CUPRAC assays. Here ascorbic acid used as a standard antioxidant molecule for all the assays. Antioxidant activity was calculated in terms of the activity of equivalents to ascorbic acid. Molecule was detected and quantified by using TLC as well as HPLC analysis. The result revealed that the quantity and detection can be increased with the present invention.

The thalli was subjected to heat treatment for about 10 minutes at the temperature of 72-75ºC using hot air oven (NSW 143, Coimbator)

Then it was powdered by using Blender (pigeon, Erode)

The top layer was collected carefully and treated with 1 N NaOH followed by acid treatment ( 1N HCl) in order to bring down the pH to 2.5

It was again subjected to another group of equal amount of solvent (Benzene-Methanol) and the top layer is collected.

The solvent layer was packed using a dialysis membrane (0.2µm pore size, Himedia) and made to stir continuously in the solution of Phosphate buffer (pH 7.2) using a magnetic stirrer for 17-24 hrs. 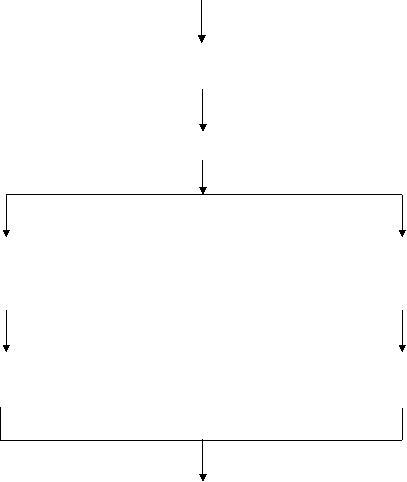 Concentrated powder was analyzed for various antioxidant assays such as DPPH, FRAP and CUPRAC assays

What is claimed is?