There are 2 main types of kicking techniques described in the literature, when kicking a ball in football; the instep kick and side-foot kick. Biomechanical studies have shown that the two kicks are very similar with only small difference in terms of pattern and magnitude of muscle activation (1). Kicking is an open kinetic chain motion, which has a proximal to distal sequence of segmental movement and muscle pattern (3). Brophy et al (2007), divided the instep kick into 5 phases which are delimited by 6 events (Figure 1). The main muscles involved during kicking can be classified into agonist, antagonist, fixators and synergist, an overview of these can be found into table (1). Kicking a ball in football is one of the most frequently used skill and is the most important offensive skill to score goals (7,8,). Therefore, improving kicking skills should be a primary focus to improve football performance. Kicking performance measured by ball velocity and distance depends on several factors such as maximal strengths of involved muscles, rate of force development, neuromuscular coordination, linear and angular velocities of ankle in the kicking leg, and the level of coordination between agonist and antagonist (2).

Figure 1 The instep kick divided into 5 phases delimited by 6 events (1).

Skeletal muscle function has 3 basic performance parameters; movement production, force production and endurance. The production of movement and force are an outcome of muscle contraction trough the sliding filament theory, which are influenced by several factors (37).

Muscles are made of muscle fibres which produce contraction. Muscle fibres are made of myofibrils, which are organized into functional unit called sarcomeres. Contraction of a whole muscle is the sum of singular contractions occurring within the individual sarcomeres, this is achieved through the sliding filament theory where contraction results from the formation of cross-bridges between the myosin and actin myofilament causing the actin chain to “slide” on the myosin chain (37)

Tension produce by muscles depends on the sarcomere length at the time of stimulation, which determines the overlap between actin and myosin. This is because force production is largely determined by the number of cross-bridges that form. When the sarcomere has an optimal length with maximal overlap between actin and myosin greatest level of active tension can be developed. Force production is impaired when the sarcomere is shortened or lengthen too much (see fig 2) (13, 14). Length tension relationship influence the ability of muscle fibres to develop force and therefore play an important role in maximal muscular power production (12).  Biomechanical studies showed that during kicking the hip extends to up to 29° (25) and the knee flexes to an average of 82.4° (1). Therefore, it is important to train trough these range of motion to improve muscle function through its entire length tension-relationship. 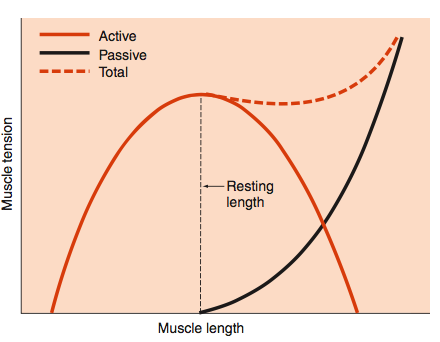 Figure 2: demonstrating the length tension curve of a whole muscle (37)

Force-velocity relationship during concentric muscle contraction is characterised by an inverse hyperbola relationship (fig 3) (11). This means that as the velocity of concentric muscle action increase the force which is capable of being generated decreases. This is because the total number of cross-bridges attached decreases with increase velocity of muscle shortening. Improvement in maximal power output of a muscle can be achieved through increasing maximal isometric force or maximal velocity of shortening (12).  During the forward motion of kicking the hip accelerates up to 745°/sec and the knee velocities can reach up 1720°/sec (26). Some part of the training should therefore be done through similar velocities. 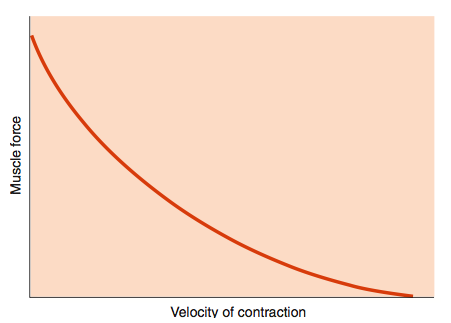 Figure 3: demonstrating the relationship between contractile force and the velocity of contraction in isometric and concentric contraction (37).

Muscle contraction can be classified as isotonic or isometric.

The stretch-shortening cycles (SSC) refers to a successive combination of eccentric and concentric muscle contraction (15). SSC has been shown to generated higher force and power than during a concentric action only (16, 17). Therefore, maximal muscular power is superior in movement involving a SSC (18, 19). Kicking involve a SSC of the iliopsoas, quadriceps and the  anterior oblique sling, which lead to a more powerful kick as forces are transmitted from the whole body to the leg (27).

The ability to generate maximal power during a movement is dictated by the contractile capacity of the muscles involved. The contractile capacity is mainly influence by fibre type composition and architectural features (12). A review of these features and the functional role of the main muscles (agonist anatagonist) involved in kicking can be found in table 2.

There are two main types of muscle fibres; type I and type II. Type II have a greater capacity to generate power per unit cross sectional area (21, 22). They are characterised by their large diameter and contain densely packed myofibrils, large glycogen reserves and relatively few mitochondria. In contrast, slow fibres have only about half the diameter of type II fibres, take longer to peak tension and are surrounded by an extensive capillary and mitochondria (20). Muscles with a high percentage of type II fibres display greater maximum power in comparison to muscle with a high percentage of type I fibres (21, 22).

Muscle architecture, which refers to the arrangement of muscles fibres, has marked effect on a muscle’s ability to produce movement and generate force. Fibre arrangement can be placed into two categories parallel and pennate (10).

In parallel-fibered muscles, muscle fascicles are arranged along the line of muscle force action (9), generally these fibres are long and can shorten more than pennate muscles and thus produce a larger joint excursion (10).

In pennate muscles, fascicles are attached to the tendon at an angle and thus fibres lie at an angle to the line of action of the entire muscle (pennation angle). The main advantage is that more muscle fibres can be filled into a given volume of muscle and thus increase force production, however the muscle fibres are shorter and have fewer sarcomeres than parallel muscle, so their maximum displacement and velocities are smaller. The pennation angle is subject to change, the angle increase with muscle hypertrophy and decrease as muscle size decrease. There is a positive correlation between the pennation angle and muscle force (9).

3. Optimizing the movement and its performance

Research has shown that resistance training improves athletic performance by increasing muscular strength, power and speed, hypertrophy, local muscular endurance and neural adaptation (28). A brief definition of these concepts and their relation to training are shown in table 3. The key factor for a successful exercise program is an appropriate program design based on goal setting via a needs analysis and basic training principles (29). A brief review of training principles shown in table 4. In this setting our goal is to improve instep kicking performance of a football player, where kicking performance is measured by ball velocity and distance.

A need analysis to rationalized our programming (load, sets, repetitions, and exercise selection) and periodization can be achieved through analysing the function required from the muscles involved during the kicking movement. Kicking occur in 5 phases: preparation, backswing, limb cocking, acceleration and follow through.

The preparation phase includes the approach to the ball and the planting of the supported foot. The role of the supporting leg is to absorb the impact of landing (30) and to provide a stable platform to quickly swing the kicking leg. During this movement, the quadriceps is acting eccentrically to brake the forces and stabilize the leg. Therefore, exercises that involve single leg landing control with enhancement of the braking components are recommended such as single leg landing task maintaining knee angle greater that 50° (31) such as Drop Freeze, but also rear foot elevated split squat.

During the backswing phase and the limb cocking phase the player extend the hip up to 29° (25) and the knee flex to an average of 82° (1) to create a tension arc. It is therefore important to give the player hip extension exercise such as (single leg) dead-lifts, hip thrust but also end range exercise such as donkey kicks and knee flexion exercises such as leg curls.

When the leg starts to move forward it is considered the acceleration phases, which involve a stretch-shortening cycle of the hip flexors (iliopsoas), the quadriceps and the anterior oblique chain to allow a maximal velocity of the lower limb. It is therefore recommended to develop strength, power, and speed of the lower body musculature. This will involve strength exercise such as resisted kicking, squats, leg extension, power exercises such as weighted ball kicking, power clean, ball slam and plyometric training for optimal utilization of the SSC such as Box jumps, skip, two hand side to side throw.

Periodization is a logical method of organizing training into sequential phases and cyclical time period in order to increase the potential for achieving specific performance goals while minimizing the potential for overtraining (33). It is suggested that periodized training are more effective for increasing muscular strength that non-periodized training (32). The exercise program for this athlete will have 2 blocks of 6 weeks. The first one will focus more on strength and the second one on power. The program will include plyometric training along the 12 weeks for optimal utilization of the SSC. A recent systematic review by Ramos et all. 2018 showed that plyometric training and resistance training both had an effect to improve kicking performance in terms of ball speed, however plyometric training had a greater effect (34).

This program is divided into 2 blocks of 6-week training with 3 training session a week a, b, c. Training session A should be performed on Monday, B on Wednesday and C on Friday. Before each session spend 10-15 minutes warming up through some light cardio. You should aim to complete all sets and repetitions at the intensity require, which is the percentage (%) of your 1 maximum repetitions (RM) or with perceived exertion scale (RPE). Your 1RM can be tested at the beginning of your first 6 block and 2nd 6 week block by completing the exercise until failure and using the table 1 to evaluate your 1RM. The RPE scale is explained in the table 2. You can record the weight that you used for each set in the blank box next to the exercise in order to track your progression. For session C exercise 1-4 no weight are used, however you can tick fill the box with the amount of repetitions you managed to do for each set.