Keywords: uk taxation, bangladesh taxation
Unit-12: Taxation
Introduction
Taxation: It is concerned with the tradition of a countries government acquiring monetary fund from its countries populace in order for them to fund their public services. [1]
For instance, taxation is used to build and maintain its public roads, public libraries, parks etc. Taxation is also used to support the countries security services like the police, army, etc.
Task 1
Taxation plays a crucial role for countries throughout worldwide. However, here we are going to discuss brief descriptions of “Taxation in United Kingdom (U.K.)” and “Taxation in Bangladesh”.
UK has a rather elaborate tax environment and it has several types of taxes, function and purpose, revenue law and practices. They are described below.
Function and Purpose of Taxation in Modern Economy in UK
Government’s tax policies in the UK are affected by the following factors 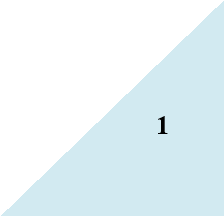