The Murray-Darling Basin covers 1,061,469 square kilometres or approximately one-seventh (14%) of the total area of Australia. The Three longest rivers in Australia the (Darling River, the Murray river, The Murrumbidgee river) all run through the Murray-Darling Basin. The Murray Darling Basin is home to the most diverse ecosystem in Australia. It has at least 35 endangered species of birds, 16 species of endangered mammals and over 35 different native fish species. Unfortunately 20 species of mammals have already become extinct. It supports hydroelectricity, irrigation, domestic, industrial, recreational and leisure activities. It also produces over 40% of all Australian yield which is used in domestic and overseas markets.

The aim of this report is to look at the three main issues regarding the Murray Darling Basin; the water quality, Droughts and Flood in the river and Blue-Green Algae. This report reflects on some of the effects these issues are having on the Murray Darling Basin. The final section of this report will make some recommendations to solve these problem. These issues are effecting the health of the Murray River and are damaging it as we speak. Current precautions and programs have not been able to arrest environmental damage. 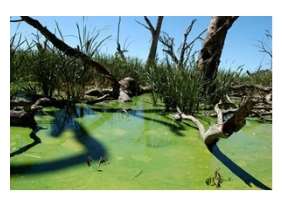 Blue-green algae are a type of bacteria known as Cyanobacteria. Blue-green algae are a natural part of the freshwater environment. In favourable conditions they reproduce at very high rates to form ‘blooms’ which are explosions in growth that dominate the aquatic environment, forming scums that can be toxic. Blue-Green algae interfere with other uses of the water and can affect human health and have far-reaching consequences for the environment and the economy.

Algae need stable water columns, Nutrients and sunlight to bloom. If these factors all combine together and then persist for a few days, blue-green algae cells will accumulate in the surface layer of the water body and if the conditions persist for several days or more, the cells can multiply to dramatic numbers eventually forming a bloom. They need little or no flow, calm weather with little or no wind and hot sunny days; these factors allow the water column to stratify, which is where a layer of warm surface water remains unmixed with the cooler, deeper water. Stratification can also result from differing densities through the water column, where saltier, denser water at the bottom remains unmixed with the fresher surface water above. There are many Dams built along the Murray-Darling Basin which restrict the flow of the river (little or no flow). As we are one of the hottest nations in the world it is natural to have hot weather. European farming have removed 15 billion trees.

The problem of Algae is still a big threat to the basin and it is increasing.

I advise the construction of more sewage treatment plants along the Murray-Darling Basin. Instead of dumping the sewage straight into the Basin it would be wise to treat the water before dumping the water into the Basin or we could re-use the water after it is treated. I will also like to recommend to increase the flow of the river. A big machine similar to a blender be planed inside the basin which would blend the water in the river preventing Algae to bloom. If such technology is not available then maybe the government would consider to fund engineers to come up with a device/machine like described above or even better.

Changes in Drought and Flood patterns

Drought and flood are a natural phenomenon in the Murray–Darling Basin. Throughout wet years, the streams of the Basin will overflow into floodplains. However during times of drought the rivers become strings of disconnected waterholes along the course of the riverbed. On average, the natural flow into the Basin is around 33,000 GL per year but 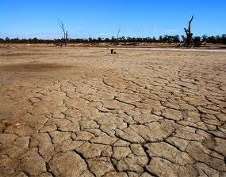 this varies greatly from year to year. Human uses of water has highly regulated the system with many structures such as dams, locks and weirs resulting in increasing impact on both drought and flood. After almost a decade of drought, a return to wetter conditions throughout the Basin in 2010 led to widespread flooding. This resulted in the inundation of many floodplains and refilling of the Basin’s water storages. The basins total water storage increased from 32% to 81% during 2010-11. It enabled numerous species to recover from the impacts of a long dry season. Climate change studies predict that the climate of the Murray–Darling Basin is likely to become drier in the future, due to the rising concentrations of greenhouse gases in the atmosphere. Many places along the basin suffer the worst from drought as they are in risk of not obtaining enough drinking water to support its population let alone its farmers. There is a projected impact of a 10% reduction in the average surface water availability across the whole Basin in 2030. Total losses caused by the severe 1982-1983 drought, for example, were estimated by the Australian Government to exceed $3 billion. The long-term health of the whole system is currently in danger. It has also been discovered that 4% of water that Australia gets from rainfall reaches the sea from the basin.

Operation of the River Murray system is based primarily upon the control and management of the four main storages:

In times of drought water is used from the dam’s storage for all activities. 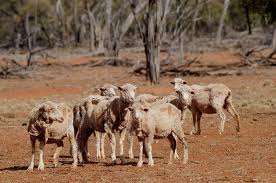 They provide safety to towns and cities from the tolls of flood and it will take a lot of time and money to recover. The government of Australia provides drought packages to support our farmers in major water crisis. Many areas in Australia have water restrictions to help conserve water for future use. Some areas also usewater recycling,desalinationplants and dig bores into the ground to get more water for their residents like that in Western Australia which was the first state to tap the ocean as a source of public drinking water produces 130 million litres of freshwater a day.

I would like to recommend large scale constructions of desalination plants along coastal areas, it will help Australia to meet the demands of the increasing population of Australia at present and in the future; and to cope through major droughts. I would also like to recommend construction of dams in Queensland as they receive the most rainfall, but the water is not trapped and is hence wasted. Instead of using the rain water, they take water from the Basin to support their needs. The water can be used for all purposes. I would recommend the construction of more water storage facilities in drier parts of the county like Adelaide. It would also be wise for the government to stop the 4% of water obtained by rain from reaching the sea.

Salinity means the amount of salt content in soil or water. European farming practices replaced native vegetation with crops and pasture. As a result, the plants designed to deal with salinity issues were removed. This resulted in the increasing of salinity problem. It affects ecosystem health, reduce drinking quality and cause economic loss in agriculture. It affects native vegetation, crops, pasture, wetlands and river systems; it destroys native habitat and decreases biodiversity. With current practices there are no signs that the process of salinisation will slow down or be reversed within the foreseeable future. 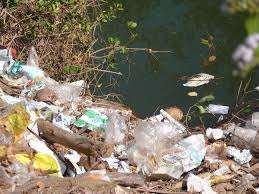 The quality of the Murray darling basin can also trigger algal growth. Matter disposed in the water carries nutrients which reduce the penetration of light which affects aquatic plants and animals. Lower water temperatures due to the release of water from deeper layers held in dams during summer can damage downstream ecological systems. Higher temperatures resulting from lack of flow from clearing of vegetation may worsen algal blooms. The water has low levels of dissolved oxygen because floodplains are flushed with organic matter which discolour the river water and make it appear blackish. The blackish water can sometimes become very low in dissolved oxygen resulting in the harm of aquatic plants and animals. Although these events can have a positive impact on the environment as they put nutrients back into the system which promotes the growth of many aquatic organisms.

Although, there have been actions taken to solve these issues: 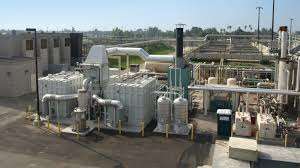 Have not had a very significant effect on the issues.

The government of Australia funds many water cleaning programs like: The Australian Government has signed an agreement with the Australian Capital Territory that will see up to $85 million of Australian Government funds available to help clean up Canberra’s lakes and waterways. I would also recommend the government to encourage farmers to practise water efficient farming and use pants that have roots which go deep into the earth to get their nutrients. The government should plant trees or bushed which remove salt from the water and soil like the salt bush. If current water problems continue Adelaide will run out of healthy drinking water by 2020. The government of Australia should also consider the introduction of strict laws and heavy penalties for dumping waste into the basin.

The issues of the Murray darling basin are increasing. Ninety percent of Adelaide’s population is dependent on the basin for their drinking water. Most of these issues were not an issue in the early 18-19 century. Everything was natural and all issues had a solution, but increase in human activities have made these issues big. If nothing is done about these issues, Australia will have a very tough time surviving. These issues are increasing even with the current actions being taken, because of the increasing population, activities and demand of Australia. Australia is growing vastly every day; new towns are being constructed, people are migrating, increase in mining and increase in farming. Australia needs water to support all these activities. If current conditions continue Australia will not be able to produce enough food and water to support its population let alone export anything. The agriculture industry consistently accounted for around 20 per cent of manufacturing sales and service income and in 2009–10($24.3 billion) it provided jobs for 226,750 Australians. The economy of Australia will crash and it will have to import even the basic of foods. The ecosystem will not be able to recover and eventually Australia will run out of water. It has also been predicted that in the future there will be many wars for the sole purpose of obtaining water. Many advices included in this report will help solve other inter related issues, e.g. Construction of de-salination plant will help improve the water quality and to cope through major drought as well as Algae. The Australian government should consider the advices included in this report as they will help improve the health of the basin and ensure that Australia will have enough water in the future to support its increasing population.