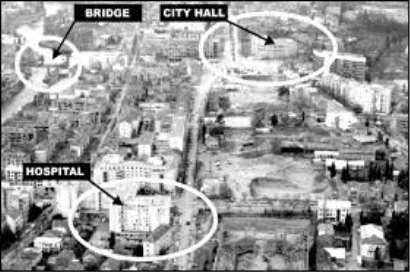 According to Ramsawak and Umraw (2001), “all the people residing within a specific geographic area, for example, within a nation, a geographic region, a state, or a city is called its population”. The population density of an area can be defined as the number of people living in a particular area of land at a particular time. Population density can be influenced by a variety of factors which include physical factors such as relief or height of land, climatic and natural vegetation, influence of agriculture, industrial influence and also urban influence (Ramsawak and Umraw, 2001).

An urban area is an area that has a dense population of people and has a density of structures such as roads, railways, housing and commercial buildings. The area usual functions as a marketing town, commercial hub, administration, manufacturing and industrial sites and also tourism. Examples of urban areas include cities, towns and suburbs.

Urbanization is the movement of people from rural areas to urban areas. This results in negative impacts for both areas. The rural area often suffers from brain-drain while a lot of physical pressure is placed on the receiving urban area. The urban area usually becomes overcrowded and there is a shortage of housing and other facilities. There is also usually a rise in pollution level and low level of sanitation (Ramsawak and Umraw, 2001).

Sanitation is simply the provision of facilities and services to get rid of waste products such as sewage and garbage. This is very important because it promotes a healthy environment and also protects the population from any health threats which may be connected to exposure to these wastes.

Land use in urban areas

Land use can be defined as the use of land by human. This involves the management of land and also the modification of land into built environment so as to meet the need of the present population or the population which will utilize the land (Dickinson and Shaw, 1977). The effects of land use may include deforestation, soil erosion, soil degradation, salinization and urban sprawl. Urban sprawl can be defined as the expansion of the urban area population into area that was once classified as rural area. There are six major types of land uses in urban areas. These include:-

Urban areas are usually very densely populated. This is so because of a variety of reasons which may include rural migration and over-population, industrialization, natural increase, lack of public and social services in rural areas and commercial sector.

Rural migration is the movement of people from rural areas to urban areas. This is resulted from persons chasing after an improvement of their standard of living through employment and a better life, which may be available in urban areas. Over-population causes pressure on the land and this encourages persons to migrate to urban areas. A continuing movement of persons will eventually lead to rural depopulation and a gradual increase in urban population.

Natural increase occurs when the crude birth rate is more than the crude death rate. This simply means when there are a greater number of births over deaths in a given population

An urban area can be classified as the commercial sector in that large amount of whole sale and retail activities are undertaken here. The central business district (C.B.D) provides varied commercialized services and rural migrants are attracted to the urban areas because of these services. There is a greater opportunity for them to gain employment and also some may become involved in street vending or even self-employed since there will be market available for their services which they can provide.

Urban areas face problems as a result of dense population. These include unemployment problem, traffic congestion, shortage of housing facilities and public services.

A high rate of unemployment still exists within urban areas even though there are industrial and commercial activities present. This is so because rural migrants keep moving to urban areas and also there is a natural growth of the urban population, hence there is a greater demand for jobs. The unavailability of jobs for the younger population especially can result in an increase crime rate. This heavy increase of population over time leads to a shortage of housing facilities since there is a greater demand of housing. Many persons cannot afford the high cost of living and facilities since they may not be gainfully employed or they are unemployed. This leads to the development of slums/ghettoes or shanty towns and also squatting becomes a large social problem (WHO, 2014). Squatting can be defined as occupying a piece of that that is abandoned or unoccupied. Squatters do not own or rent the land nor do they have any legal rights to use the land. A shanty town consists of houses which are poorly built from scavenged materials such as cardboard boxes, plywood, metal sheets and plastic sheets.

Traffic congestion is a major issue within urban areas. This is so because as the population grows the road infrastructures have to support more day-to-day traveling of people, goods and materials within the urban area and also in and out. Therefore, inadequate road networks and parking spaces for the dense population of urban areas result in daily traffic congestions.

There is also a lack of sanitary facilities due to urban population growth and pressure is placed on the existing facilities.

With a rapid increase of urban population there is a lack of sanitation, a shortage of water supplies and also a lack of facilities for the disposal of the large amounts of garbage produced. This all leads to the pollution o the environment (Water supply and Collaborative Council, 2010). Pollution can be defined as the accumulation of any unwanted substance within the environment. Some causes of poor sanitation of urban areas include:-

As seen above, there is a relationship and interconnection with sanitation and the health of the environment and all biotic life within it. In order to obtain or maintain a good sanitation level the waste and sanitation management has to keep up to pace with the growing population since the more people the more waste and physical pressure on the environment, services and facilities from them.

In urban areas there is a greater demand for social services such as health programs since a greater population has to be catered for. A densely populated region results in a low ratio of doctors and nurses to patients with in the health system. Therefore, there is an increase requirement of finance to to establish adequate health facilities with treatment and medication for all and also more money will be needed to employ new staffs and personnel to attend to these patients (Gabriel, 1989).