The world of sport has been corrupted by drugs as far back as ancient Greece (Kamber 2011; Landry and Kokotailo 1994). It was only within the last century that actions have been taken against the use of performance enhancing drugs to gain unfair advantages (Reardon and Creado 2014; Li and Zhang 2018); known as ‘doping’ by many enthusiasts. When it comes to mountain climbing however, there is still a mass debate over what exactly counts (Wagner 2012), since the harsh conditions athletes face at high altitudes pose significant risks that cannot go unnoticed. Regardless, drug use remains prevalent amongst the growing community of climbers (Donegani et al. 2016); emphasised by the ease at which drugs can be obtained in developing countries (Cushing et al. 2012). Most high altitude climbers are known to use diuretics (Havryliuk et al. 2015), while other classes of drugs that are uncommonly used consist of: glucocorticoids, calcium channel blockers, phosphodiesterase inhibitors, etc. (Luks et al. 2016). The choice of drug is important, as each has its own mechanism of action against certain conditions, but will also come with adverse effects to look out for.

Examples of Drugs Used by Climbers

Acetazolamide is used in the prevention and treatment of acute mountain sickness (AMS), and also in the prevention of high-altitude cerebral and pulmonary oedema (HACO/HAPO; Luks et al. 2014); advanced forms of AMS that leads to swelling (Medhi et al. 2018; CITATION for pulmonary). Being classed as a diuretic (Basnyat et al. 2003); more specifically a carbonic anhydrase (CA) inhibitor, acetazolamide predominantly acts within the proximal convoluted tubule of the nephron (De Marchi and Cecchin 1990).

Inhibition of CA isoforms ultimately decreases reabsorption of bicarbonate into the blood and increases its excretion (Tsuruoka et al. 2001), giving rise to the accumulation of acids within the blood (Swenson 1984); otherwise known as metabolic acidosis (see Figure 1 for mechanism). Metabolic acidosis is important, as at high altitudes a degree of hypoxia (oxygen deficiency within tissues) would be experienced from decreases in the partial pressure of atmospheric oxygen (Zafren 2013; Wang et al. 2018). A long known response to hypoxia is to increase the minute ventilation rate of the lungs (Gesell et al. 1940), which in turn prompts a rise in the pH of the blood via the partial pressure decrease of arterial carbon dioxide (i.e. respiratory alkalosis [Swenson 1984]). Respiratory alkalosis is inhibitory (Küpper et al. 2008), limiting further increases in ventilation (a factor that is said to drive the symptoms of AMS [Hall et al. 1965; ANOTHER CITATION]). The metabolic acidosis induced by acetazolamide essentially cancels out the effects of respiratory alkalosis (Bell and Haouzi 2009), to speed up acclimatisation in the alleviation of AMS (Lipman et al. 2018; Zafren 2013). While this mechanism is currently the most accepted, it has also been deemed ‘unsatisfactory’ in explaining the treatment of AMS alone (Leaf and Goldfarb 2007); since proven to also rely on secondary mechanisms that are not as well connected (CITATIONS). 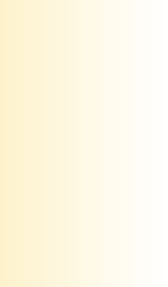 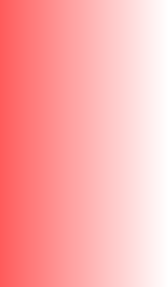 Increase in Ventilation Not as Limited

Figure 1. The Mechanism of Action of Acetazolamide in the Treatment of Acute Mountain Sickness.      AMS = Acute Mountain Sickness, PO2 = Partial Pressure of Atmospheric Oxygen, PaCO2 = Partial Pressure of Arterial Carbon Dioxide, CA = Carbonic Anhydrase, Purple Circle (    ) = Acetazolamide, Orange Oval (     ) = Na+/H+ Antiporter (NHE-3), PCT = Proximal Convoluted Tubule. Arrows with a red minus next to them are pathways that are inhibited by acetazolamide. Arrows with a plus next to them are pathways induced by acetazolamide. The blue dashed line protruding from CA indicates the processes normally catalysed by carbonic anhydrase isoforms (Adapted from Leaf and Goldfarb 2007; Petrovic and DuBose 2013. Created with further information from Tsuruoka et al. 2001).

The use of CA inhibitors will also come with possible adverse effects, including: hypokalaemia (Spaeth 1967), hyperchloremia (Walmsley and White 1985), skin rashes (due to allergic reactions towards the presence of the sulphonamide group; Kelly and Hackett 2010) and alkalinisation of the urine (leading to decreased ammonia excretion and the precipitation of kidney stones; Owen et al. 1960; Paisley and Tomson 1999). Metabolic acidosis can be an adverse effect (Maisey and Brown 1981), but not as much in this case.

In the subject of high altitude climbing, dexamethasone has been suggested to mainly have use in treating HACO (Citation); while also treating and preventing symptoms of AMS. The exact cause of HACO is currently unknown, however there is evidence to suggest the swelling is mostly a result of the increased permeability of the blood-brain barrier (BBB; Marussi et al. 2017; Sagoo et al. 2017). It has been thought that vascular endothelial growth factors (VEGFs) are mainly responsible for this permeability (Jiang et al. 2014; Li et al. 2014), as they have been observed to increase after brain injuries (Hirose et al. 2013; Shore et al. 2004; Thou-Zuchman et al. 2010). VEGFs induce this effect by disrupting the proteins that are involved in tight-junction formation (Argaw et al. 2009), thereby resulting in gaps between endothelial cells of the blood vessels.

The mechanism of dexamethasone in the treatment of HACO is also not entirely known either, however is said to combat the above by down regulating; or in other words, decreasing cellular quantities of VEGFs (Hyongbum et al. 2008). Furthermore, dexamethasone can also increase levels of angiopoietin-1, ZO-1 and occludin (Hyongbum et al. 2008; Romero et al. 2003); proteins that are known to stabilise the BBB and induce tight junction formation (Augustin et al. 2009; Lee 2015; Thurston et al. 2000). Dexamethasone is classed as a glucocorticoid (Donegani et al. 2016); the glucocorticoid receptor (often referred to as a ‘Class 1 nuclear receptor’ [citations]) being present in various types of cells (citations). It is the activation of this receptor that regulates the levels of the proteins mentioned (Hue et al. 2015; Hyongbum et al. 2008); in a pathway that can be visualised in Figure 2.

The Ethics of Doping

Drug use comes with an extensive list of ethical pros and cons (CITATIONS); however (to be brief), only a few will be discussed here. The most popular argument against doping seems to be that unfair advantages are gained over those who don’t take any drugs (CITATIONS). Counterarguments to this can well be made; an obvious one being the array of health benefits athletes receive. Our bodies were never designed to withstand conditions at high altitudes, therefore protective measures are vital to ensure the safety of athletes. This is often said to be in accordance with the ‘duty of care’ associations must legally abide by (CITATION).

Another valid argument is that athletes commonly act as role models towards the majority of younger athletes. Adolescents are often thought to be more impressionable overall (CITATION), so learning their favourite climber is involved in drug use may influence them to do the same. This could lead to serious harm, as a teenager is likely to disregard a drug’s adverse effects in the pursuit of success (CITATION, maybe?).

The use of specific drugs by high altitude climbers can absolutely be described as a crucial measure in combatting the effects brought about by high altitudes. For this reason alone, it is clear why there is a significant amount of doping to be witnessed in the growing community of Everest climbers. When it comes to passing judgement however, there are numerous ethical and medical aspects to be considered; making it difficult for proper decisions to take place anytime soon within the competitive scene. Ultimately, Minds should therefore be made up on the basis that the benefits of taking the drug will outweigh the possible adverse effects towards themselves and other parties… but we don’t live in a perfect world.